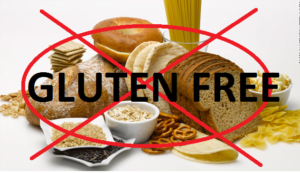 Gluten, a protein found in wheat, rye, and barley, has become a nutritional super villain in the last few years, with gluten-free foods popping up on supermarket shelves everywhere you look. Have you been thinking about cutting gluten out of your diet? Whether you’re worried that you might have celiac disease or you’re just curious about how a gluten-free diet would affect your health, here’s what you need to know about going gluten-free.

The majority of people who are avoiding gluten don’t have a medical reason to do so. According to a 2013 survey by NPD, almost one in three adults in the United States is trying to cut down on gluten or eliminate it from their diet completely. However, less than one percent of people suffer from celiac disease, the most serious gluten-related health condition. Even taking into account the six percent of people who have non-celiac gluten sensitivity (NCGS), a less dangerous but still uncomfortable gastrointestinal condition, only around seven percent of the U.S. population has a medical reason for staying away from gluten.

The gluten-free movement may have started out as a way for people with gluten-related illnesses to manage their conditions, but somewhere along the way it’s become a full-fledged fad diet – and it actually might be doing more harm than good. For people who don’t have celiac disease or NCGS, there’s no health reason to avoid gluten. In fact, wheat, rye, and barley – the top three gluten-containing grains – are all good sources of dietary fiber, iron, and B vitamins. Cutting out these nutritious whole grains without a medical reason for doing so can actually cause nutritional deficiencies and have a negative impact on gut health.

Trying to diagnose yourself with celiac disease or gluten intolerance is a bad idea for a couple of reasons. First, the symptoms of celiac disease and NCGS – bloating, abdominal cramps, diarrhea, constipation, and chronic fatigue among them – can be caused by lots of things other than gluten intolerance. By cutting out gluten without ruling out the many other possible causes of these symptoms, you can inadvertently cut important nutrients out of your diet and make yourself feel worse.

The second reason not to self-diagnose is that it may make it more difficult to get an official diagnosis later on. Doctors diagnose celiac disease by looking at the inflammation it causes in the body. If you’re not eating gluten, you may have little to no inflammation for them to find.

Wheat isn’t the only grain to avoid.

All varieties of wheat contain gluten, but people who have celiac disease or NCGS should also stay away from barley, rye, and triticale, which is a cross between wheat and rye. Some whole grains are perfectly safe to eat, though. Corn, millet, rice, buckwheat, and quinoa are all gluten-free. Oats are mostly considered safe as well, with the caveat that they must be pure oats – many oats are cross-contaminated with gluten during processing. A small percentage of people with celiac disease may also have an adverse reaction to a gluten-like protein called avenin that is found in oats.

There’s gluten in what?

If you’re on a gluten-free diet, grain-containing foods aren’t the only ones you should steer clear of. Gluten often lurks in surprising places. Soy sauce, pickles, beer, hot dogs, thickened sauces like salad dressing and gravy, and powdered drinks like instant coffee or hot chocolate packets often contain gluten. Gluten can even hide in non-food items, like medications, cosmetics, and shampoo.

Keep an eye on your nutrients.

If you’re gluten intolerant, you’re at risk for nutritional deficiencies. People with celiac disease or NCGS often don’t get enough B vitamins, iron, or vitamin D. Plan to incorporate new foods rich in the nutrients you’re lacking into your diet after you cut out gluten, and consider taking dietary supplements if you’re having a hard time getting the nutrients you need.

You don’t have to give up your favorite foods.

If you’re gluten intolerant, you don’t have to give up delicious baked goods, beer, and pasta for the rest of your life. For almost every kind of gluten-containing food, there’s a gluten-free version available too. Most restaurants have gluten-free dishes, and you can find safe-to-eat bread, cookies, biscuits, and pastries at gluten-free bakeries.

Eating a completely gluten-free diet can be a challenge. If you don’t have celiac disease or NCGS, it’s best to keep eating gluten and find other ways to improve your diet – you’ll decrease your risk of nutritional deficiency and make your life a lot simpler. But if you do have a gluten intolerance, don’t be discouraged by your dietary limitations. There’s actually never been a better time to give up gluten. The number and variety of gluten-free foods available today make it simpler than ever before to manage your health and eat the foods you like, too.